The most common feature in MPLS Technology is L3 VPN where CE Router is attached to SP (Service Provider) PE Router and PE Router do the necessary routing at their end and transport the customer Routes from one PE to another PE Router into Customers VRF. But some customer doesn’t want to involve SP to do the routing at their end and expect SP to provide end to end transport network where Customer will do the necessary routing of their traffic from one CE to another CE Router.

VPLS allows multiple Ethernet LANs from different customer sites to be connected together across the service provider (SP) network, so you can say single Ethernet LAN segment for that particular customer. Shows an SP network providing VPLS services in which multiple customer sites (belonging to particular customer) can communicate as if they are connected as a private Ethernet LAN segment. VPLS uses Multiprotocol Label Switching (MPLS) to offer multipoint Ethernet connectivity over a mesh of logical circuits or tunnels. VPLS enables carriers and SPs to offer managed Ethernet VPN services easily and cost effectively

At Ingress PE router receives a frame from a CE, it forwards the frame across the MPLS backbone to the egress LSR with two labels: the tunnel label & VC label. 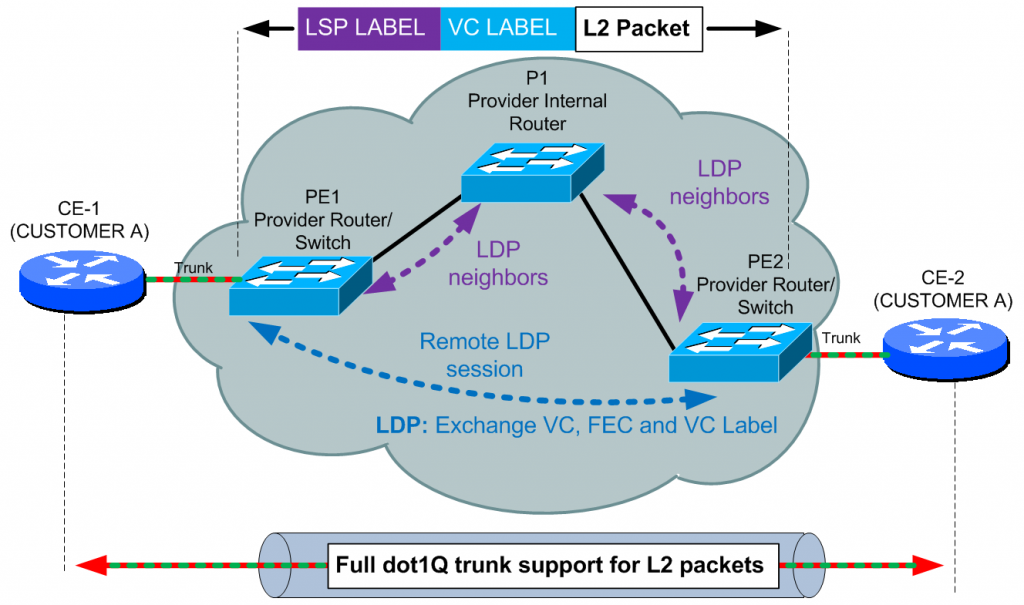